I’ve been back in the states for a bit over a month, and part 4 of my Aussie trip is finally up! The last stop on our great Aussie Adventure was Sydney. B’s brother lives in Sydney, and we had planned to spend a few days with the new Mr and Mrs. Lebens on the way back to the States. Timing got in the way though, and ironically the whole time we were in Sydney, they were in the States off on their honeymoon to Los Angeles and New York. All was well though, Kai and Jill graciously opened up their Chippendale (centrally located!) apartment for us to crash in while they were gone.

Sydney was a nice round up to our Aussie trip. Sydney is the big metropolitan city, while Melbourne is the cultural center. Sydney is to Melbourne as New York is to San Francisco, and Perth is Denver (minus the strict social rules). I did some of my shopping here, making stops at Aesop (cheaper with the exchange rate), COS (only store in the US is in NY), Priceline (more Lucas’s Paw Paw), and a shop called MDRanking, that sells Korean and Japanese skincare brands.

The food in Melbourne and Sydney were amazing AF. Name any kind of Asian cuisine you want and you can find it done well in Sydney. The best ever was a small alley called Spice Alley, were there is a long strip of individual stalls that sell Asian street food. Malaysian, Japanese, Chinese, Singaporean, and Thai styles are represented with their own stall. This alley was so good, we tried them all over three separate visits – I insisted. 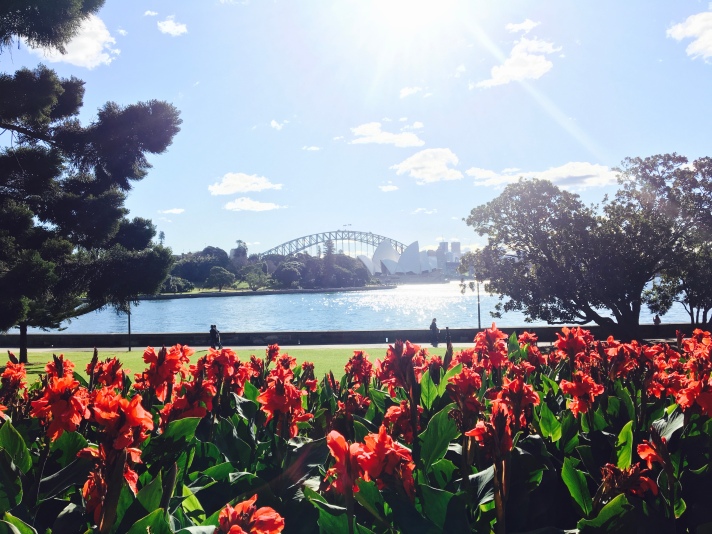 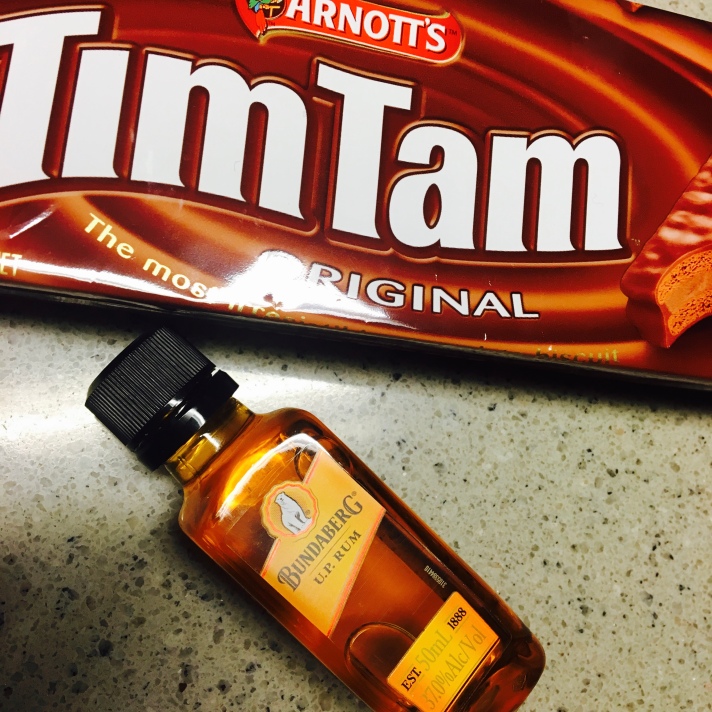 Sydney is absolutely beautiful, and each suburb (neighborhood) has a different vibe. We spent time in Glebe (my favorite), Chippendale, Bondi, Manly, and the CBD area. We could have done and seen more, but we were nearing the end of our trip, so we dragged our feet a bit in the mornings and wasted a lot of time just hanging about.

Day two, B and I took the train (fantastic public transit system!) out to Bondi Junction, did a bit of shopping (hello Cheap Monday store!), then walked down to Bondi Beach. It felt like were were in a totally different city the moment we got off the train. The Bondi suburb seemed more like a sleepy beach/surf town far away from the hustle and bustle of a city. Granted, we were there in the middle of winter, so I bet it gets a bit crazy during the peak months. The homes on the cliffs reminded me of San Francisco, and the street art was pretty cool (Melbourne takes the cake though). I love the smell of the ocean, so hanging out in Bondi really hit the spot and made me miss SF so much.

Our last full day in Australia, B and I took the train all the way out to the Blue Mountains National Park. This place is absolutely breath taking. The Blue Mountains isn’t actually a bunch of mountains – it actually a large vast canyon, kind of like the Grand Canyon in the States. The canyon is deep and lush with hiking trails that snake all along the edge. B and I booked tickets on an Explorer Bus to shuttle us to the various lookout points, but we ended up just hiking the whole way. By the end of the day, we hiked a total of 11 miles and saw 5 ridiculously beautiful waterfalls. By the end of the day we were practically sprinting through the bush to catch the last bus to take us back to the train station. 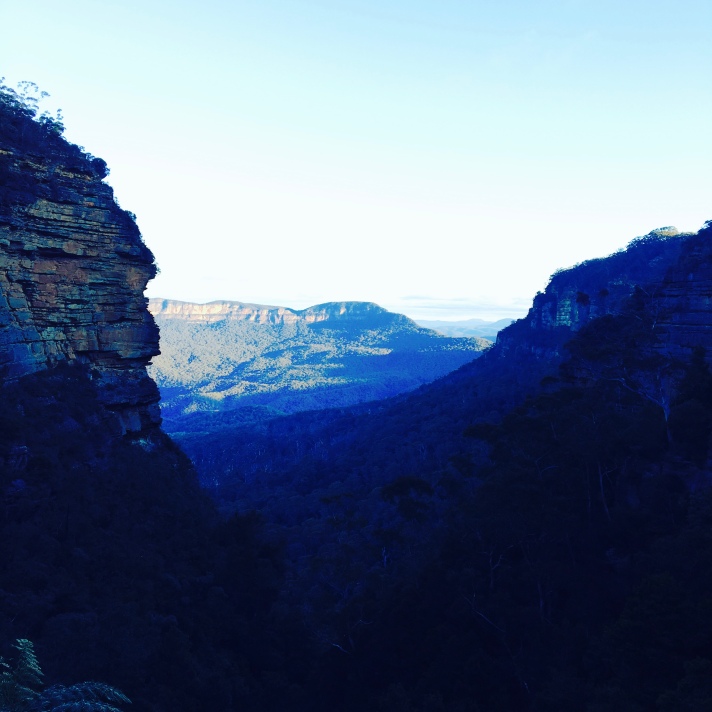 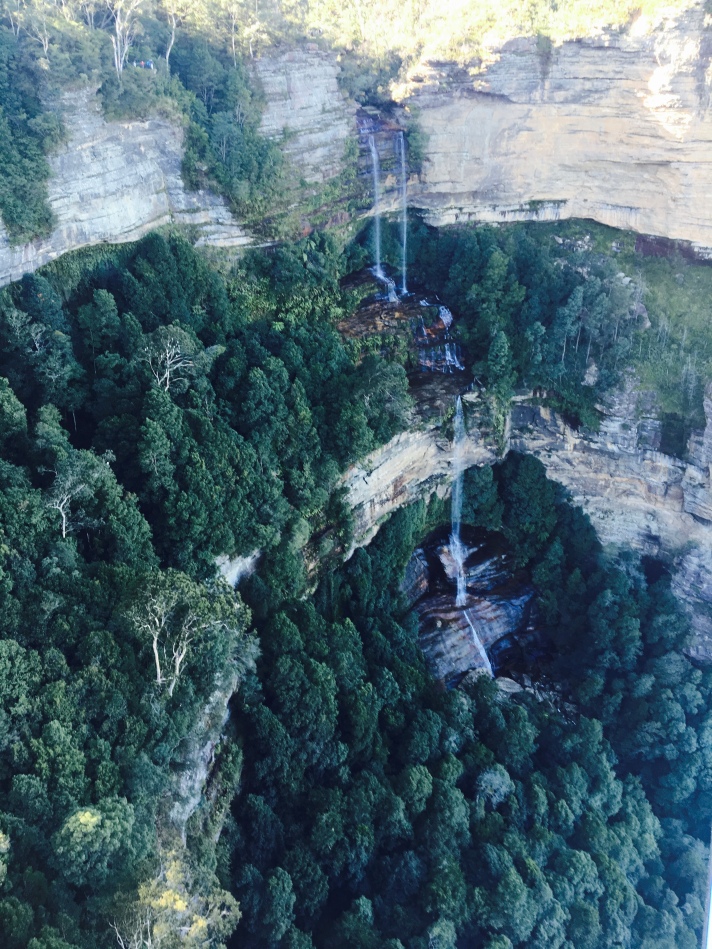 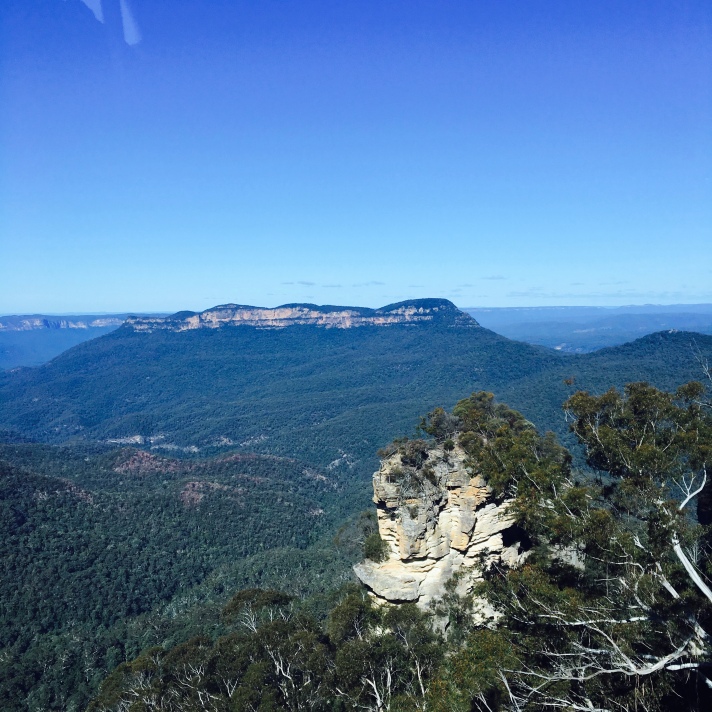 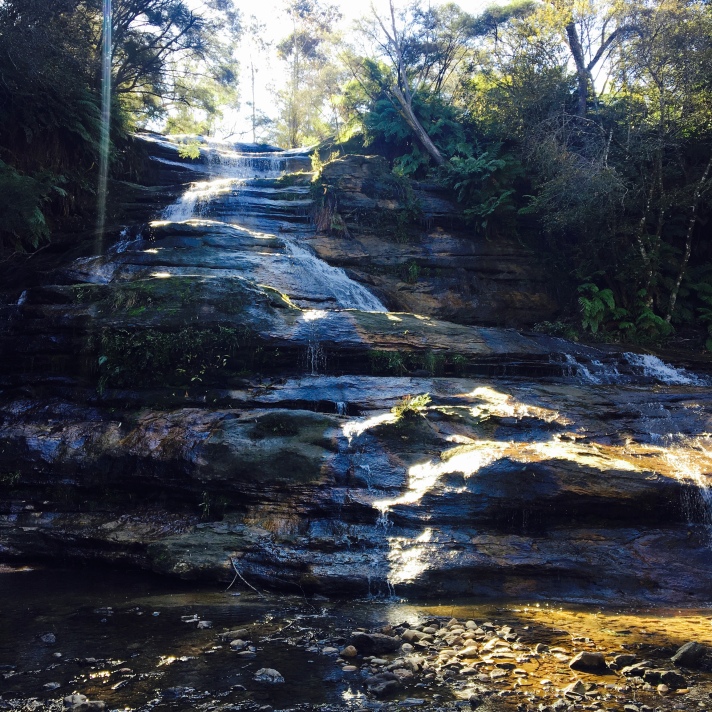 Now that our big Aussie Adventure is over, I’m setting my sights on moving to Australia eventually. Right now it would not be very reasonable, since B travels so much for work within the US. In addition, Bambi would not enjoy a 6 month quarantine period, so we’d have to wait till she “moves on”. Lastly, moving to a different continent would be a huge undertaking with acquiring a working visa (B is a dual citizen, so at least he’s got is easy), selling all our things and our house, and juggling Stateside/Australian assets and taxes (headache!). When I think about it logically, it doesn’t make any sense for us to move to Aus. But I still really want to one day just chuck it all and go live on a boat somewhere in Australia. Seriously.

Went riding 15 miles today and got my ass handed to me with the 8 mile climb. The downhill part was *wheeee!* and totally worth it.
Last day in Perth - getting rides in the new Corvette, checking out the other old cars and snapshots of young Beau, and a stroll/drive along a section of Perth waterfront. Goodbye for now, Aus. 👋🇦🇺
Went sunset fishing where we caught a bunch of herring and ate them up for dinner. Craig did all the hard work all we did was catch ‘em. got a double hooker but of course no pictures
A visit to the volunteer fire and marine rescue where Craig does both. Literally the only marine rescue/fire brigade/first aid in the area.